Sumo Wrestling is an ancient sport that tests an individual’s strength in combat. Traditionally the heavier a Sumo Wrestler was , the more force he had to push his opponent out of the ring.

The heaviest wrestler ever weighed in at 267kg. Thankfully, there’s no need to pile on the pounds to test your sumo skills! Just come to Adventure Park where you can wear one of our giant sumo suits and show off your strength in the ring. 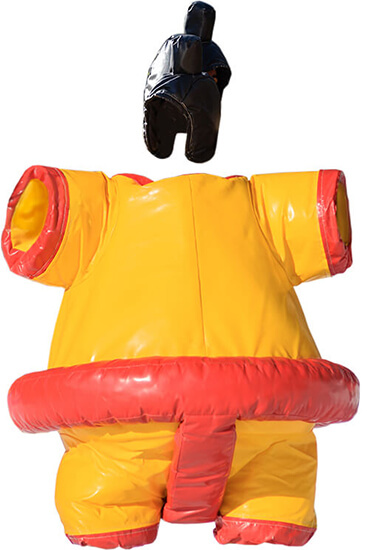 With 3 hours of fun in 3 unique arenas, you no longer have to search for places to play paintball anymore. Paintball at Adventure Park provides a superior gaming experience to all other facilities in Ireland and it simply can’t be missed!

We provide paintball equipment for the teams and let you handle the business.

Sumo Wrestling Suits are very popular at Adventure Park. The aim of the game is to stay inside the ring and knock your opponent out. Why not challenge your friends, or arch nemisis to battle it out in the the inflatable sumo ring.

At Adventure Park, all our inflatables are tested for safety and cleaned between hires. All our staff is proffesionally trained and will do everything in our power to make your time at Adventure Park a great day out!

Looking for fun, value for money and exciting activities?! 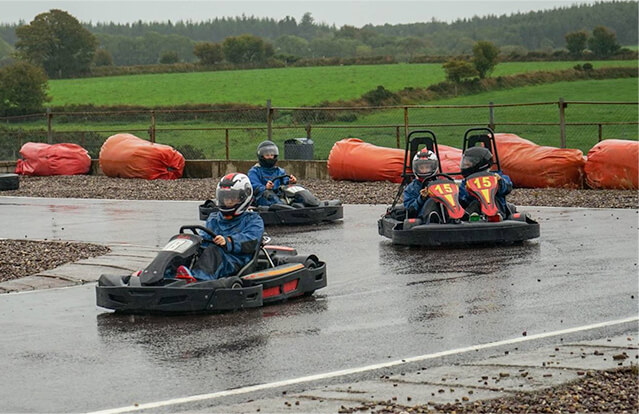 If you have questions, check out our facebook page for more info, updates and what other people have to say. You can also drop us a DM and we’ll be sure to respond.

What our guests have to say
Love this place. Have been on the international Karting track several times. Very well run location. Paintballing is also a great laugh and again very well run. Highly recommended.
Gavin Conran

Quality track. Brilliant for any kind of day out whatever your into. Paintballing, karting, and plenty of drifting with regular days from the IDC and idac crowd.
Shane Dorney

Great fun. Have went here once, as I live quite a bit away from here. Passing one day and seen the sign and decided to book and I have to say it was great fun.
Michael Mulcahy

The paintballing is Amazing if you get in with a big group. Marshalls Are friendly and helpful the three maps are all great for chaotic running and gunning
Dáire Hannon