This guide will teach you everything from where to hold the paintball marker and how to shoot it. You’ll never miss again!

Paintball is among the most popular team sports in Ireland. Although it’s very popular for friends and large groups, more and more people are regularly becoming interested in getting better at the sport. Are you a beginner looking to learn the basics of paintballing? Then look no further! Although the game is mostly characterised by opponents shooting at each other to make hits, it relies heavily on game strategies.

At Adventure Park, we have been organising paintball games for over a decade now. We know a thing or two about getting it right.

Similar to most types of guns, you’ll need a bit of practice to learn how to aim and make a successful shot, so how does one aim and shoot a paintball accurately?

Standing up straighter while holding your rear in also creates some stability. This helps you aim and shoot a paintball gun more accurately. Always maintain your head in a steady position and aim with both eyes, looking at the centre of the marker’s barrel.

New paintball players often make a simple mistake and spray the whole hopper of paint on a single target. Take a shot and observe the trajectory of the ball once fired. Understanding how your marker works will allow you to adjust your aim accordingly, thus enhancing the chances of taking accurate shots.

Hold the Marker Well – Be firm

Your performance in a paintball battlefield greatly hinges on how you hold the marker. Since paintballs are fed into the breach through gravity before being shot via the gun’s barrel, you’ll need to keep the marker upright lest the gravity feed system fails to work.

Paintball holding techniques more often than not determine whether players make accurate shots or completely miss the targets. Try as much as possible to stabilise your upper body, keeping it strong and stiff. Keeping the upper body sturdy means your lower body movements won’t interfere with your aim.

Try to move the gun quickly in random directions to see how your reactions will be during an actual game. If you’re struggling to move the gun rapidly, then chances are you’re not holding it well-enough. Try adjusting your hands, and remember to puff your chest out as you bring the gun closer to both your eyes and chest.

Once you’ve held the marker in position, it’s time to take your aim. Point to note: you’ll need to keep both your eyes open to aim and shoot a paintball gun successfully. Keep your eyes on the target while aiming through the barrel. Remember to bring the marker closer to your chest and shoulders, which should give your eyes a good enough view.

Your eyes should always be locked on the target and not on your gun.

A common novice mistake is when first-timers keep checking the gun instead of observing and aiming the target. Once you aim, don’t hesitate to shoot as it’s normal to miss, anyway.

If you’re shooting from behind field objects like bunkers and trees, you’ll need to act fast to hit your target. Keeping your upper torso stiff is important since you’ll either be crawling or even running when taking shots behind objects. Whatever you do, keep your chest, arms, and shoulders stiff as failure to do so will reduce the effectiveness of your aim.

Judge the Trajectory After Firing the Marker

Keep trying until you understand the trajectory of your shots. As you look to prove your wits in a make-believe shooting game, remember you’re not dealing with actual bullets. Actual bullets have a streamlined shape and are fired at insanely high velocities, something your paintball marker cannot achieve.

The round size of paintballs means they’re likely to arc or drift depending on the range. This means you’ll need to understand the flight trajectory and how the ball behaves once released. The good thing is that this step should be fairly easy if you did some practice earlier on to gauge the marker’s performance.

Another important factor to keep in mind when battling it out in a thrilling game of paintball is the distance you move. Avoid movie-like stunts such as rolling on the ground before taking shots. Not only will unnecessary movement affect your aim, but it also increases the chances of error since the barrel is likely to hit an unwanted target.

Remember That Patience and Focus Is Key

Don’t be in too much of a hurry to take shots, but that doesn’t mean you take forever, either. Examine your targets and their physical behaviours before determining the best one to aim for.

Improving your shooting skills in paintball is not just about handling the equipment. Even top snipers miss when they fail to concentrate enough on their targets. The most important thing is to remain fully focused on the game.

Get Closer to Your Targets – Avoid long shots

Ideally, you should aim for close targets since shooting at distant targets repeatedly means you’re likely to expose yourself, and you don’t want that. After everything is said and done, your aim might still not be the greatest, especially if you’ve never handled a paintball gun or any gun before.

Getting too close might leave you exposed, but if you move strategically closer to your opponents, chances are you’ll manage to get a close aim at an unknowing target, which is priceless in paintball.

Practice As Much as You Can – You should only get better

While this might not qualify as an in-game tip, regular practice can significantly improve your aim in paintball. The first step to enjoying the game of paintball is by playing with similar-skilled opponents. Playing against skilled opponents might not give you the chance to practice enough since you’ll be constantly eliminated.

Another crucial aspect of working on your game is honing your aim. It can sometimes be hard, especially for beginners, to keep aiming at a stationary object when you’re learning. That said, once you feel comfortable with the fundamentals of the game, it’s time to graduate out to moving targets.

A great way to shoot at moving objects is joining an actual game and doing so as frequently as you can.

With several markers to choose from on the market, it is highly advisable to choose one that suits your playing style. Although at our facility, we have a set style of marker, there are plenty of styles to choose from if you are buying your own paintball marker.

Let’s take a quick look at some of the popular options and whether they’re good enough for a first time paintballer.

Now that you have a slight understanding of the main types of paintball markers, you should be well placed to choose one that best suits your skill. It is also highly advisable to go for standard-sized guns as some extra short or long ones can prove problematic to handle, especially if you have no prior experience.

If you want to book a paintball game, get in touch with our booking team. We will make sure you have the best in game experience possible.

Plan Your Next Day Out At Adventure Park

Adventure Park delivers a one of a kind experience for all ages and can cater for all manner of events. Group events, corporate, school tours, youth clubs to stag do weekends, hen parties and fun filled family days out. You name it, we have it covered.

Our aims have always been to deliver the ultimate adventure experience for all ages to all people and we promise you just that. 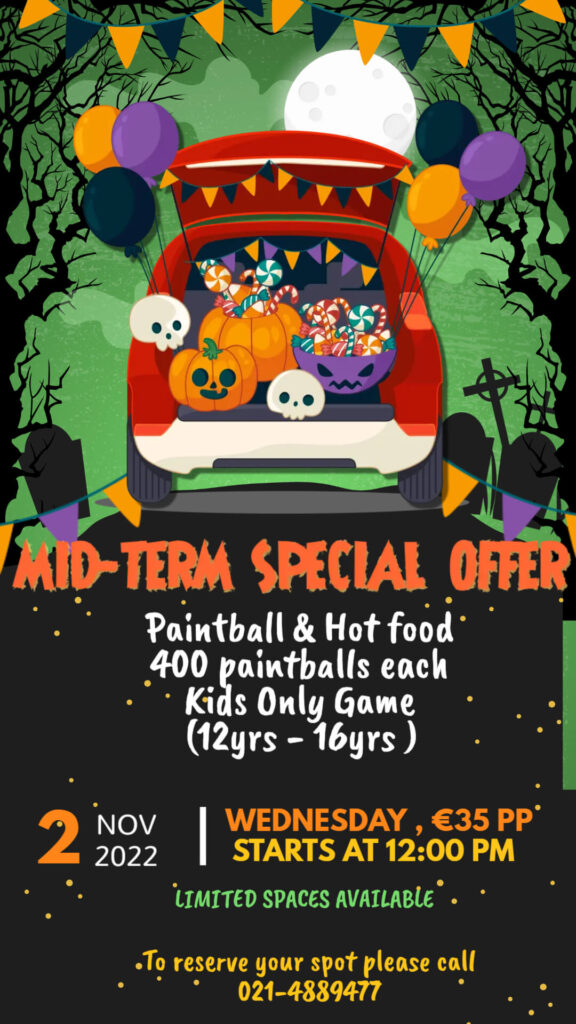